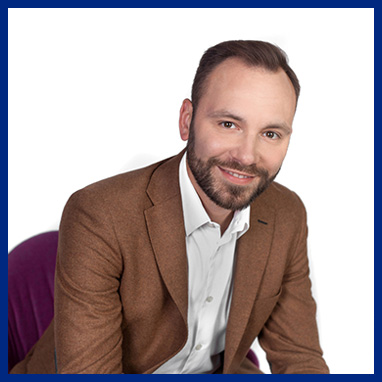 Jerzy Brodzikowski – Team Leader and Community Operations Manager at HubHub Warsaw. Prior, Community Development Manager at TechHub Warsaw, Managing Director of “AnimationB2B” animation studio as well as Director of International Cooperation, Director of Administration and Project Coordinator at Lech Wałęsa Institute, in charge of projects related to technology (Code for Freedom) and culture (Solidarity Shorts – International Film Contest). While at Lech Wałęsa Institute also co-organizer of the World Summit of Nobel Peace Laureates in Warsaw in 2013. Before, Project Officer at demosEuropa – Centre for European Strategy, where he dealt with political and economic analysis and organized conferences and events on the topics of climate change, energy policy and Euro-Chinese relations.

He studied in the United States (Florida International University), France (Sciences-Po) and Poland (Collegium Civitas). During his studies, he was involved in various student activities, among others, as President of “Alpha Sigma Tau” (Florida International University) engaged in charitable activities for local communities. Graduate of the “XXIII School of Political Leaders” organized by the School for Leaders Foundation and “NGO Professional Manager” course organized by the Social Thought Initiative Club and Collegium Civitas University.

He specializes in the administration of coworking spaces, new technologies and their application in professional life, developing startups, public relations, social media, and project management.

Member of the Executive Board at British Alumni Society, Member of the Advisory Board at Warsaw.JS Foundation and Ambassador at Mentors4Starters programme. 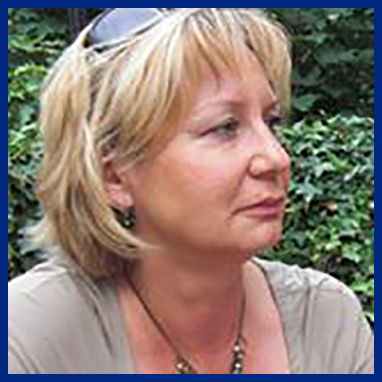 Joanna is Marketing Project Manager at Oxford University Press, Poland. She has experience as a teacher, an educational consultant and a manager of consultants. She spent some time in Oxford working as Digital Sales Manager at OUP UK and did pioneering work installing OUP in Poland and introducing its products to Polish teachers.
One of her many projects is the Best Teacher of English of the Year competition, organized and conducted together with BAS.
Her main work-related interest is technology and its influence on teaching and learning.
In her private time she loves travelling, reading, skiing and driving to the north of Poland where she enjoys playing with her grandkids.
Her responsibility on the Board is Communications. 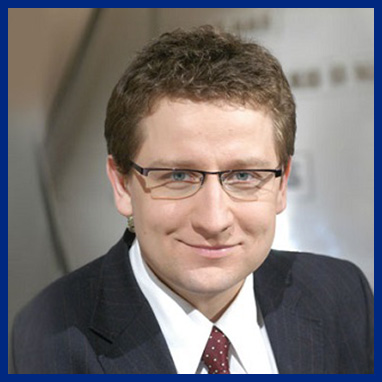 Grzegorz is a graduate of Cambridge University, University of Central Lancashire, Warsaw University and Jagiellonian University. He was a laureate of British Chevening Scholarship (1997, 2001) and a scholar of the Leader in Civil Society programme run by the Robert Schuman Institute in Budapest (2000). Since 1990 he has worked as a journalist; first for the local and then national media. Currently, he is a host of current affairs programmes on Polish Public Televison Worldwide and is also a host of Oxford style debates at the Warsaw University and “Encounters” debates organised by Oxbridge Society Poland. Privately, he is interested in drama and theatre. 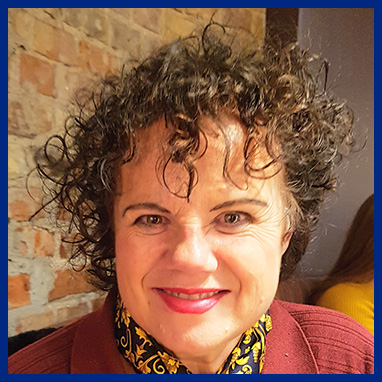 Marzena obtained her IB diploma from Atlantic College, an international school in South Wales, on a Ministry of Education scholarship and went on to read English Literature at the University of Łódź in Poland with MA in English literature. She is a freelance journalist and interpreter. Since 1990 she has been involved in international scholarship programmes for secondary school students under United World Colleges schemes and individual schemes offered by independent schools in the UK and USA. She is now overseeing the BAS Scholarships Competition. 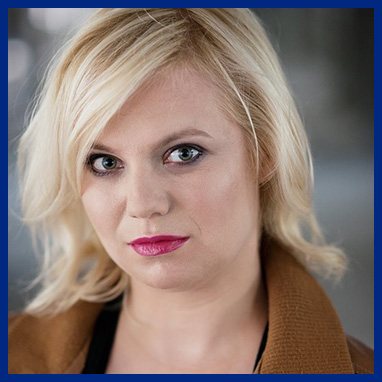 Marta Reich attended Clifton College, UK, and then studied Economics, Politics and French at Durham University, UK and International Relations & Diplomacy in Collegium Civitas, Warsaw. Professionally, she works in marketing for one of the world’s leading cosmetic brands. She is also a published author of two crime mystery novels: “Morderstwo i cała reszta” and “Sztuki i Sztuczki”. As BAS Cultural Affairs Officer, she is responsible for the running of BAS Ladies’ and Gentelmen’s Discussion Club and distribution of tickets to National Theatre Screenings (see BAS Projects). Her interests include creative writing, theatre, art, literature and cooking. 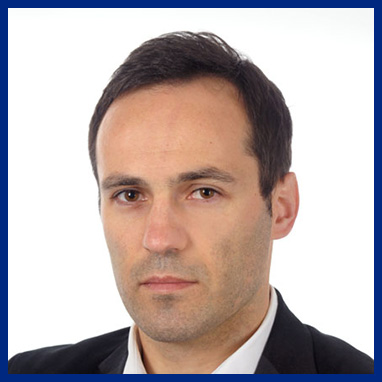 Leszek is a graduate of the Warsaw School of Economics. He was a participant in the German-Polish Academic Forum at the Warsaw School of Economics, scholar of the German Academic Exchange Association (Finance & Banking, University of Bayreuth) and of the Foreign & Commonwealth Office Chevening Scholarships Programme (MBA, University of Glasgow). He also successfully completed a postgraduate course “Property Valuation” at Warsaw University of Technology. Leszek is currently running his independent consultancy Creative Finance & Investment Consulting, and putting all his knowledge to great use managing BAS finances. 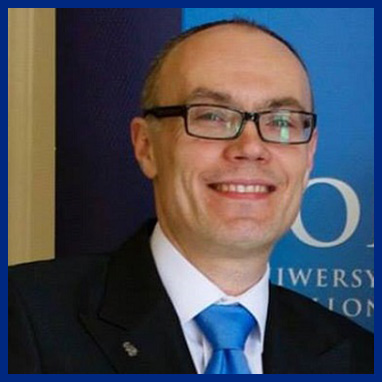 Krzysztof studied at Warsaw University and the University of Oxford, where he has obtained a MSc in Environmental Change and Management. He works in the innovative field of environmental audits. He is the author of BAS Video Chronicles. He organised various sport and social events for our members. Since two years he has been coordinating the activities of the Jagiellonian University Polish Research Centre of the in London. He is currently involved in creating strong links with the Polish academic and professional community in the United Kingdom, as well as promoting Polish culture and science among the British community. He works closely with organisations such as Polish Professionals in London (PPL), The Kings Foundations and the Congress of Polish Students in the UK. 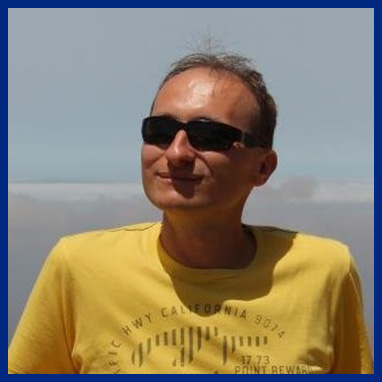 After graduating from AE Katowice, Marcin completed his education with a Master of Business Administration degree from Dundee Business School, University of Abertay Dundee. His main BAS responsibilities include liaison with business and other related organisations. Outside of BAS, he works in banking as credit analyst at BNP Paribas. A great fan of sports and an avid cricket fan. 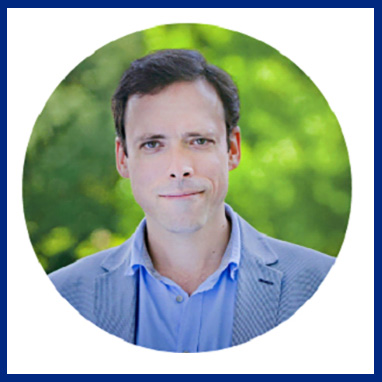 Richard Washington was born in Rotterdam in the Netherlands to a British father and a mother from the Caribbean island of Curacao. He is a graduate in History and Social Sciences of the Universities of Oxford and London as well as the College of Europe. He holds a diploma in acting from the London Academy of Music and Dramatic Art (LAMDA) and enjoyed a nine year long career as a professional actor, taking part in numerous theatrical tours both in the UK and continental Europe, as well as working in the Royal National Theatre and for the BBC. Between 1998 and 2002 he was an elected member of the London Borough of Islington Council and has many years of political campaigning experience. Living in Warsaw since 2010, he has worked as a researcher in politics and history, lectured in International Relations Theory at Collegium Civitas, was Director of Communications of the Natolin Campus of the College of Europe and now enjoys a range of freelance projects, ranging from tutoring and training to media work. As well as his native English, he speaks Polish, French and Dutch. On the BAS Board he will be responsible for Young Talent Management projects. 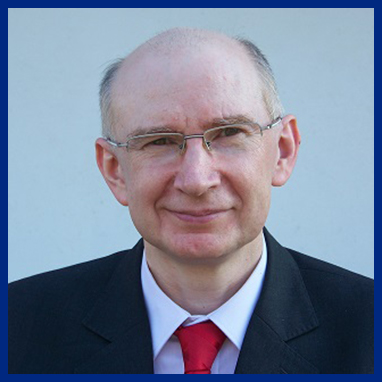 Dariusz received MSc degree in optical engineering, Warsaw University of Technology, in 1984 and PhD in physics, in 1994. In the years 1994-95 he was working at the University of Warwick, UK. His main interest is in the field of industry-oriented optical measurement technology. He was Secretary of SPIE Polish Chapter Board (1993-1999) and a member of its Review Committee (2002-2007). He is a member-founder of Association of Image Processing (member of the International Association for Pattern Recognition). Since 2007 he is a member of Photonics Society of Poland (which replaced the SPIE Polish Chapter) and its Review Committee. Since 2017 he is the chair of the Committee. He is the recipient of the T. Maiman Award in 1993, (Laser Centers of America and SPIE), Distinction and Silver Award in the Gold Engineer Competition of Przegląd Techniczny (one of the oldest European engineering journals founded in 1866) in 2000 and 2017 respectively and Rector Team Award for Research Achievements in 2004 (Warsaw University of Technology). Since October 2008 he has been Secretary of Council of Representatives of OPTOKLASTER – the Mazovian Photonic Technology Cluster. In 2014 he was nominated as professor of Institute of Applied Optics and in 2016 elected to the grade of Senior Member of SPIE. Except his research activity he is strongly interested in commercial exploitation and market introduction being the president of a start-up company.